Not available for this page. Translations will display where available.
Home / Directory / Child Mental Health

A depressive disorder is when a person has low mood, less interest or enjoyment in activities and other symptoms that have lasted for at least two weeks. In children, they may become more irritable and have temper outbursts (referred to as disruptive mood dysregulation disorder) which can be confused for a paediatric bipolar disorder presentation.

A bipolar disorder is when a person has a manic or hypomanic episode. Mania or hypomania includes the person feeling very happy and positive (more than a normal level) or irritable, and being lots more active and energetic for at least a week. They may also have a depressive episode.

Low mood (or irritability) and/or not wanting to go out or enjoying it when they do. This lasts for at least two weeks.

Low mood most of the day for more than one year.

Changes in mood, irritability and other symptoms in the week before a period starts and getting better a few days after the period begins.

Presence of manic episode (7+ days) with or without hypomanic or major depressive episodes.

The person has hypomanic episodes (which last for four or more days) and has or has had major depressive episodes.

Chronic up and down moods for at least a year in children that may ore may not be severe enough to be classed as a depressive or hypomanic episode.

What will my GP do now?

Your GP may also:

What questions could I ask my doctor? 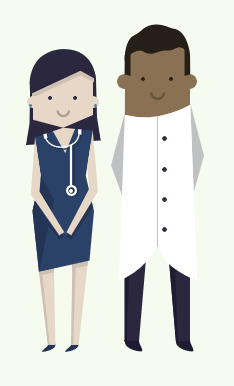 What supports are available?

Public health and other free services

Where can I learn more?

Important: This information is to be viewed by someone who has received a diagnosis from their doctor. It is not designed to be used to diagnose a condition or as a substitute for ongoing medical care.

All Categories
Was this information useful?
Yes No
"Thanks. If you have any other feedback, let us know."
Give Feedback
What feedback do you have?
Font Size
Contrast
Accessibility by WAH